Competition between independent schools is a subject we tend to avoid. We may talk about competition within a school, as in the nature of children’s behaviour. But the way in which schools compete within the sector is seldom discussed. As a result, competition becomes less understood as a key part of the strategic marketing process in schools. An opportunity, in my view, to be explored.

The only exception to the above, I find, is with the commercial schools listed on the stock exchange. In this case, share performance is rigorously debated and this leads to illuminating conversations about competitive forces within the sector.

I’d love your input on this. I suspect it’s to do with the collegiate nature of schooling, which is one of the sector’s strengths. But did it put us into a bit of a comfort zone?

Let’s look at some of the benefits of competition:

I’ve recently created a video series on YouTube on this topic, using the Porter’s Six Forces model as a framework. It’s a fresh perspective on this age-old topic of competition, applied specifically to the independent schools sector. You’re guaranteed to get value from the series if you’re in school leadership. And if you don’t, please let me know! Watch it here. 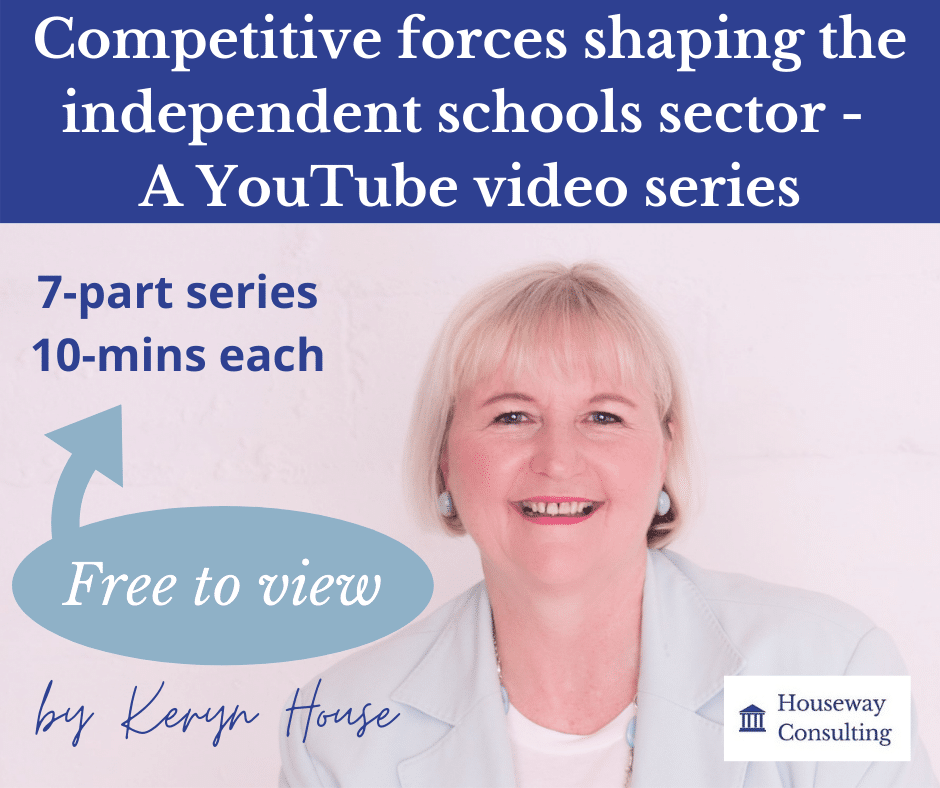 These are Porter’s Six Forces, which I cover in detail in the series:

There’s a really good YouTube clip on the model which uses the airline industry as an example. Watch it here. As Professor Michael Porter explains in this Harvard Business Review interview, often we view competition too narrowly. He developed the concept of the Five Forces which has now been expanded to Six Forces.

“You should learn from your competitor, but never copy. Copy and you die.” – Jack Ma, co-founder of  the Alibaba Group 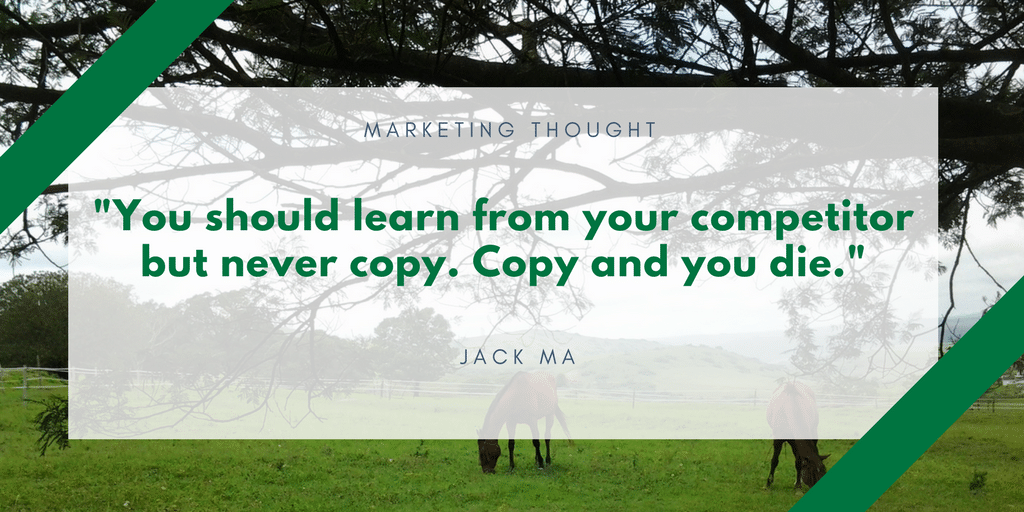 I enjoy creating marketing anecdotes and visuals related to my horse as there is a lot to be learned from animals, and this provides a unique context to my writing. My horse Slick (aka Sports Express) has been with me for many years and is a source of inspiration and relaxation for my strategic mind. He lives on a friend’s farm in KZN and I see him twice a week.

Follow me on social media by clicking on the buttons below.

This site uses Akismet to reduce spam. Learn how your comment data is processed.